Number in noun tells us the count of nouns. It tells us the units of the noun. Noun-Number has two types: Singular and Plural.

There are certain rules that decide the formation of the plural form of various nouns. Let us learn about them in detail.

Ø In general, the plural of nouns is formed by simply adding suffix –s at the end:

Ø For nouns that end with two vowels, their plural is made by adding suffix –s at the end:

Ø For nouns ending with –o we need to look at the letter preceding it. If the letter before that last letter -o is a consonant than to make plural, we simply add –es as suffix. And if the letter before it is a vowel than plural is made by adding suffix –s.(this case is same the case of two vowels at the end. The previous point: Point iii)

EXCEPTIONS to this rule:

Ø For nouns that end with –y there are two cases depending on the letter before it.

If the letter preceding –y is a consonant than we change –y to –ies to form the plural. And if the letter before it is a vowel than we simply add -s as suffix.

Ø For nouns that end with –f or –fe, these suffixes are replaced with –ves.

EXCEPTIONS to this rule:

Ø Some nouns form their plurals by changing their inside vowels:

Ø Some nouns take -en as suffix to form plurals: Noun Cases: Cases in noun tell about the position and... 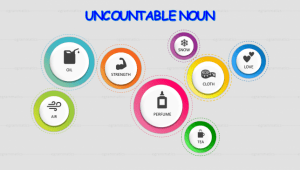 Countable Noun: Nouns that exist in units are called countable... Collective Noun: Collective nouns are the name given to a...